This contribution analyses the stages and main figures, together with their works, in the history of Catalan linguistics over the 20th century. It begins by mentioning how the language was first roughly studied during the previous two centuries, followed by a more detailed account of the history of Catalan linguistics as a relevant Romance language in late 19thcentury Catalonia and soon afterwards in the other Catalan-speaking regions. This book also highlights the most successful and, therefore, the most prolific periods of Catalan linguistics, namely the first and last quarters of the 20th century, that is, beginning with A. M. Alcover’s call by means of his Lletra de convit (1901) until the Gramàtica del català contemporani (2002) was published. Whenever the Catalan-speaking countries have enjoyed a certain amount of home rule in peacetime, Catalan language studies have flourished. Therefore, it presents some of the key works at every level of linguistic analysis and also aims to introduce summarily the ever-increasing number of projects currently being undertaken in many of these areas covering the first two decades of the 21st century. 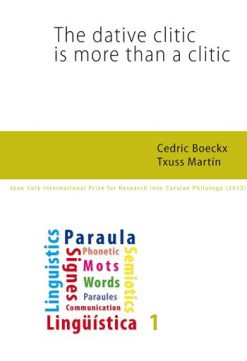 The dative clitic is more than a clitic 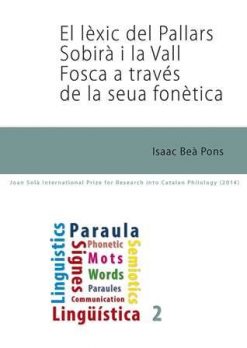 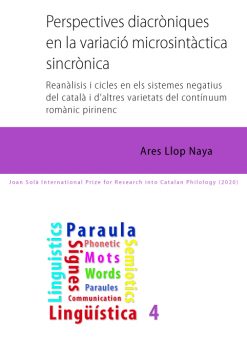